As I stepped outside this morning, I was greeted by nature’s gentle breeze.  I looked around and I couldn’t help but see vegetation changing, flowers blooming, birds chirping, and simply the arrival of a beautiful new season; spring has sprung. Nature and the power of God are yet again on display for all to see.

“He has made everything beautiful in its time,” Ecclesiastes 3:1.

It’s so awesome to see things change. This is the nature of life. Times change, trends change, people change, and today, we can clearly see that the seasons change.

Friends, I will tell you, one thing that does not change, is the inspired, unadulterated, Word of God. As people of God, we must continue to accept it, proclaim it, and defend it despite the ever-changing trends of this world.

“The grass withers, the flower fades, but the word of our God stands forever,” Isaiah 40:8.

I’m reminded of a time in Scripture in Acts 5, when the Sanhedrin Council, Jewish religious leaders, tried to hinder the word of God from being preached.

Christ’s apostles were doing great signs and wonders, promoting great crowds. As a result of this, the Jewish leaders became envious and had Christ’s apostles arrested and thrown into prison.  During the night, however, an angel of the Lord came and released them and the next day the apostles were again found in the temple preaching and teaching Jesus.

The Council was perplexed at this, and once again had them questioned. When asked why they continued to speak of this Jesus, the apostle Peter declared that they must obey God rather than men and that Jesus Christ is Lord and Savior of the world.

At this statement, the Scriptures say the leaders became envious and wanted them killed.

Right at the point of execution, a well-respected Pharisee, named Gamaliel, stood up and told the Sadducees to hold off. He reasoned about men who claimed to be from God, but were eventually killed, their followers were scattered, and their messages came to nothing.

Gamaliel continued to say that if this message Peter and the apostles were preaching is of man, it too will come to nothing, but, if it is indeed from God, it will not be overthrown and those who attempt to silence it may even be found opposing God.

Friends, the fact that we, some two thousand years removed  from this declaration are still preaching, teaching, worshiping, and serving this same Jesus Christ means we can know for certain that this plan and this undertaking of the apostles and the early Christians has certainly not been overthrown and is truly inspired.  For this reason, unlike the seasons, we can know for certain that the Word of God will never change. 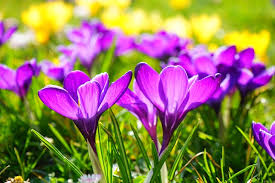